Let’s face it, a mountain vacation without hiking is truly an almost mortal sin. These walks immersed in nature are absolutely recommended for both physical and mental health. There is no rain on this! Walking in the mountains is good for your health. Training and good preparation are very important points to fully enjoy a hike in the mountains, however, despite the necessary precautions, it is not uncommon to come across some more or less serious injuries that may prejudice the continuation of the walk.

Let’s not talk about it, let’s analyze what are these accidents that can occur and what kind of precautions is good to use.

Most frequent injuries during a mountain excursion

One of the most frequent injuries that can affect the hiker is ankle sprain. It is easy to see how the paths that are run are not smooth and comfortable paved roads, but often you come across uphill or downhill paths where the terrain is often unstable (gravel, holes, roots …) Distortion is a movement in torsion of the ankle that loses its ability to withstand the weight in the vertical direction and, through a moment of involuntary supination of the foot, the load is applied incorrectly thus generating not only an excessive tension to the ligaments, but also the possibility of fracture – breakage of the same (malleolus fracture, fibular fracture and fibular-tibia fracture). The ligaments that guarantee the stability of the ankle are very strong and it is not rare to find, following the “retort” the still intact ligament despite the “tear” fracture of the malleolus. If the distortion is only slight (based on the increasing gravity the distortions can be of first, second, third degree), as happens in the majority of cases, with the help of the sticks and tightening the boot you can succeed tightening the teeth to bring at home somehow the excursion. For this kind of distortions (of first degree) the first advice that I can give you is a classic remedy of the grandmother: in fact before going to sleep, it is useful to take the egg white of two eggs (mind you, only the albumen) and dive into the cotton wool; at this point apply it in the ankle area with a film so as to remain locally applied during the night. This remedy turns out to be very useful as the egg white is rich in albumin, a protein that has a great action on the resorption of the edema; personally I tried it many times and it is a really effective remedy. Severe second and even third degree ankle sprains cause severe pain, major swelling, hematoma and inability to support weight on the injured ankle.

Continuing to walk in such conditions is strongly discouraged because you risk doing much worse.

The only solution: stop and call the Alpine rescue using 112.

Another disorder in which the occasional hiker may incur is that which concerns the knee: facing a long hike without adequate training subjects the muscles to an unexpected effort. In such cases, post-excursion knee inflammation is not uncommon. This happens because the soft structures present inside the joint (menisci, ligaments, capsule) are not used to a prolonged load. The pain and swelling in the knee can take place a few hours after the excursion and in the most serious cases already during the same. A good remedy may be to apply (in emergency situations without being able to go to a physiotherapist) before going to sleep some local anti-inflammatory cream (available at the pharmacy) and apply it to the knee area without having it absorbed by the skin without massaging, but leaving it moist on the skin. At this point it is important to cover the whole joint with a kind of bandage with food grade film, so as not to let the pores breathe and allow the drug to penetrate inside the knee. The skin will be a little wrinkled in the morning but at least the knee will hurt less. 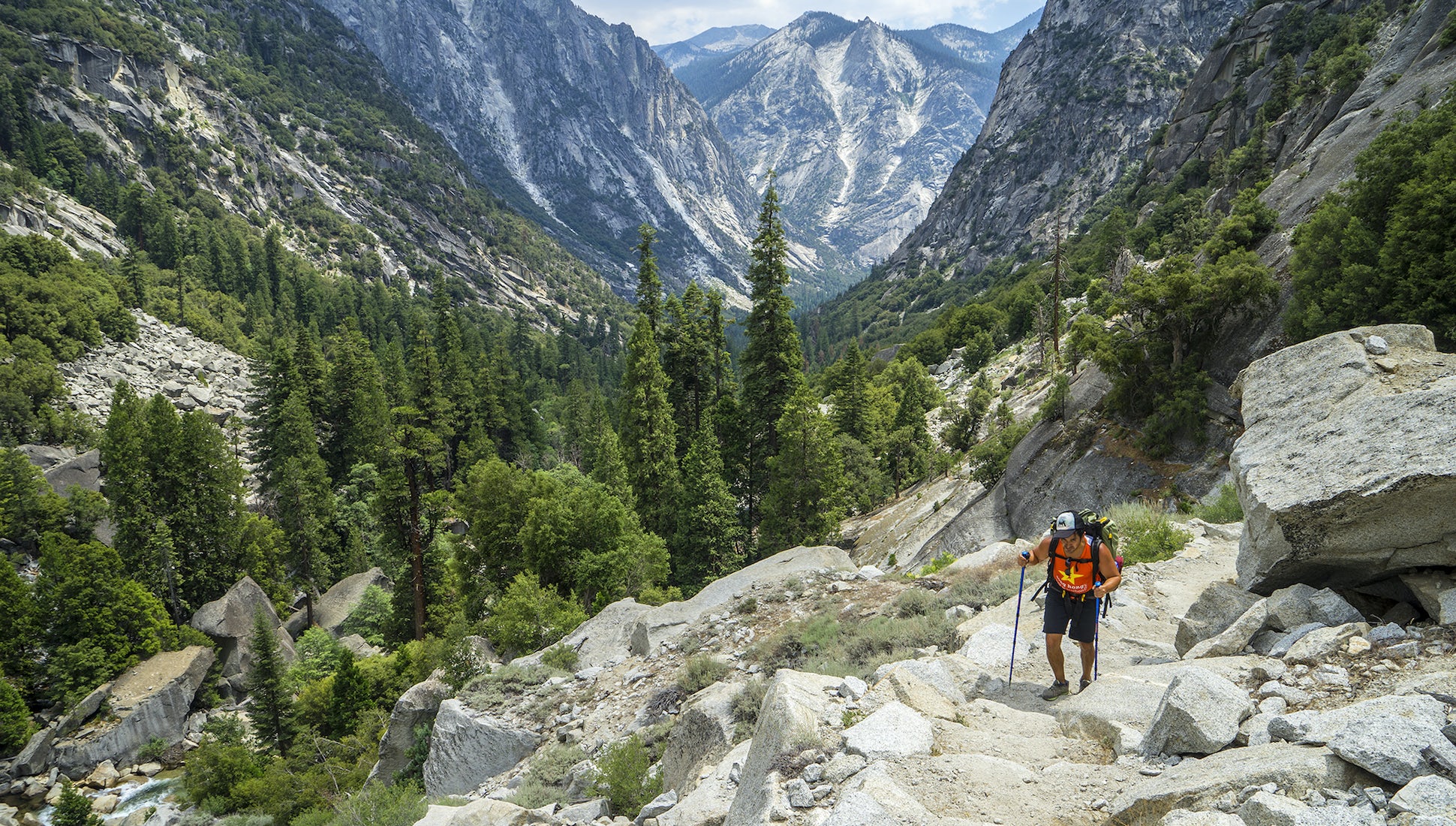 Finally an annoying pain that can arise is that involving the lumbar spine. The lumbar area is a particularly stressed area during long walks in the mountains, as it must not only withstand the continuous impact of walking on unstable ground (especially during long descents), but it must often tolerate the weight of the backpack and torso . If the hiker does not have a good capacity to contain the abdominal wall and does not have an adequate postural attitude, he is not I find phenomena of strong lumbar pain with pain coming down the leg. This also happens because the musculature that manages the efforts and the stability of the pelvis is regulated by the gluteus muscles: these muscles, when they go to block due to efforts or incorrect postures, can generate discomforts that mimic a sciatica causing a severe pain to lower limb load.

My advice therefore is: if you plan to take long hikes in the mountains, try to train these muscles well by exercising them and strengthening them a lot in the period before the walks, and before going for the exits, perform a prolonged back stretch and of the thigh muscles (especially the back ones).